Average Clarity Improved by More than 10 Feet in 2018

By UC Davis News and Media Relations on May 23, 2019 in Environment 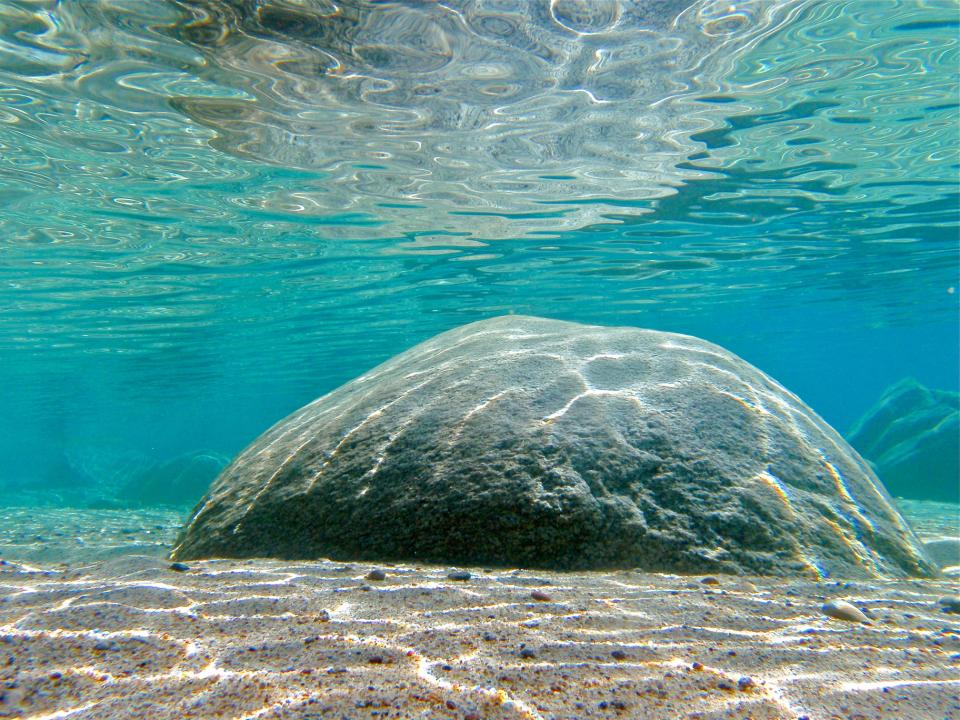 A return to more normal weather and streamflow conditions in 2018 saw Lake Tahoe’s annual clarity value improve dramatically to 70.9 feet. This represents a 10.5-foot increase over the 2017 value. That is according to a report of Lake Tahoe clarity released by the UC Davis Tahoe Environmental Research Center.

Lake clarity can swing widely from day to day and year to year. Long-term averages help to smooth the effects of variable weather and lake conditions. The five-year average lake clarity is currently 70.3 feet, an increase of almost a foot from the previous five-year running average.

Clarity is measured as the depth to which a 10-inch white disk, called a Secchi disk, remains visible when lowered into the water. In 2018, 26 individual Secchi depth readings were taken from January through December.

“In 2018, Lake Tahoe’s clarity regained the expected seasonal patterns that were disrupted by the extreme conditions of the previous year,” said TERC Director Geoffrey Schladow, a professor of engineering at UC Davis. “Clarity was expectedly at its lowest point in summer, and winter and fall had the highest values. Devising strategies to improve summer clarity in the long term is a high scientific priority.” 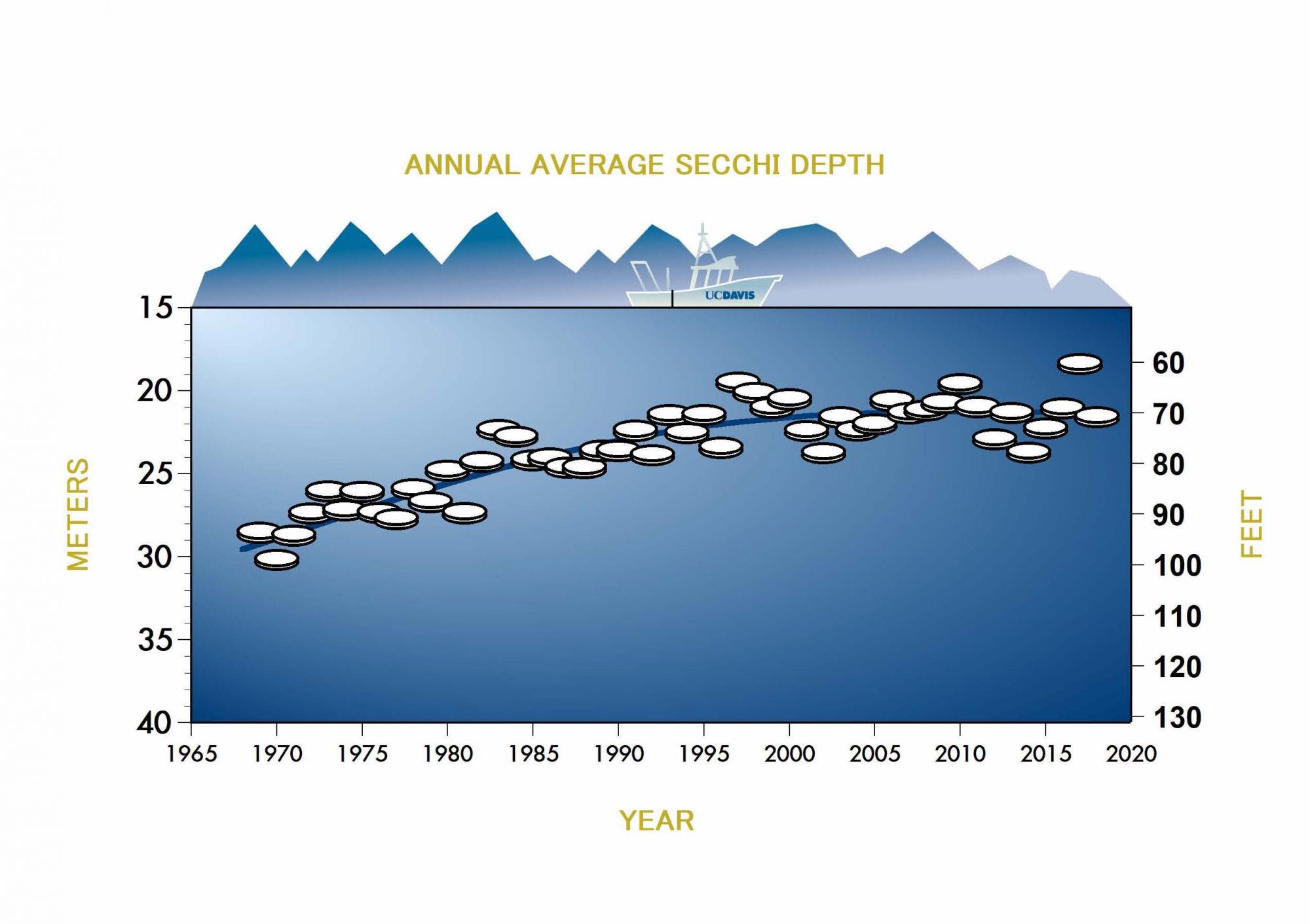 Clarity is typically lowest in the summer after spring runoff brings fine sediment particles and nutrients to the lake, and warmer temperatures and more sunlight stimulate algae growth. The lowest individual value was 50 feet in July 2018 , while the mean summer (June-September) clarity value was 61.7 feet.

Spring runoff flows in 2018 were far lower and occurred earlier than in the record wet year of 2017. The quantities of suspended sediment washed into the lake from the major tributaries were 10-25% of the 2017 values. The biggest driver of summer clarity was the occurrence of high concentrations of the phytoplankton species Cyclotella gordonensis. This microscopic algae has become more prevalent in Lake Tahoe in recent years. Its very small size makes it a potent scatterer of light and a major factor in annual Secchi depth.

Clarity tends to improve during the fall and winter months. The average winter (December-March) clarity was 73.5 feet, with one reading in March 2018 exceeding 100 feet of clarity. 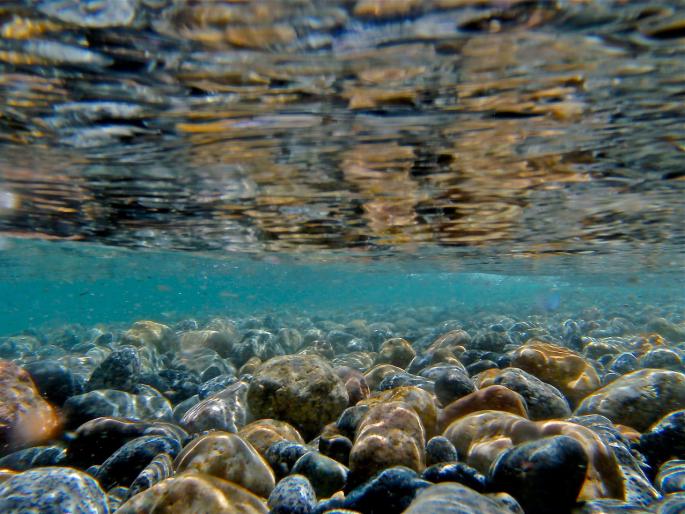 Dozens of public and private partners at Lake Tahoe are working to reduce stormwater pollution from roads and urban areas and to restore streams and floodplains to minimize the transport of fine particles and nutrients that impact lake clarity. Partners are also working to restore natural wetlands and meadows that were displaced by past development and play an important role in filtering water before it enters the lake.

That work is keeping hundreds of tons of fine sediment particle pollution out of Lake Tahoe each year, and the lake has been responding with an improved clarity trend over the past 20 years. The goal is to restore lake clarity back to its historic level of nearly 100 feet.

“Research shows Lake Tahoe and other inland water bodies are warming faster than the oceans and atmosphere,” said Joanne S. Marchetta, executive director of the Tahoe Regional Planning Agency, which funded the analysis. “Seasonal weather extremes will most likely drive greater swings in clarity from year to year in the future, so it’s imperative we continue to invest in the lake’s restoration to combat new and emerging threats.”