We saw a record amount of rainfall in October around the lake, and November may be a stark contrast. We are still watching for the storms to return but as of right now there is not much in the 2 week outlook.

It's no secret that October was wet. Some areas like Tahoe City saw the wettest October in over 100 years of record keeping. 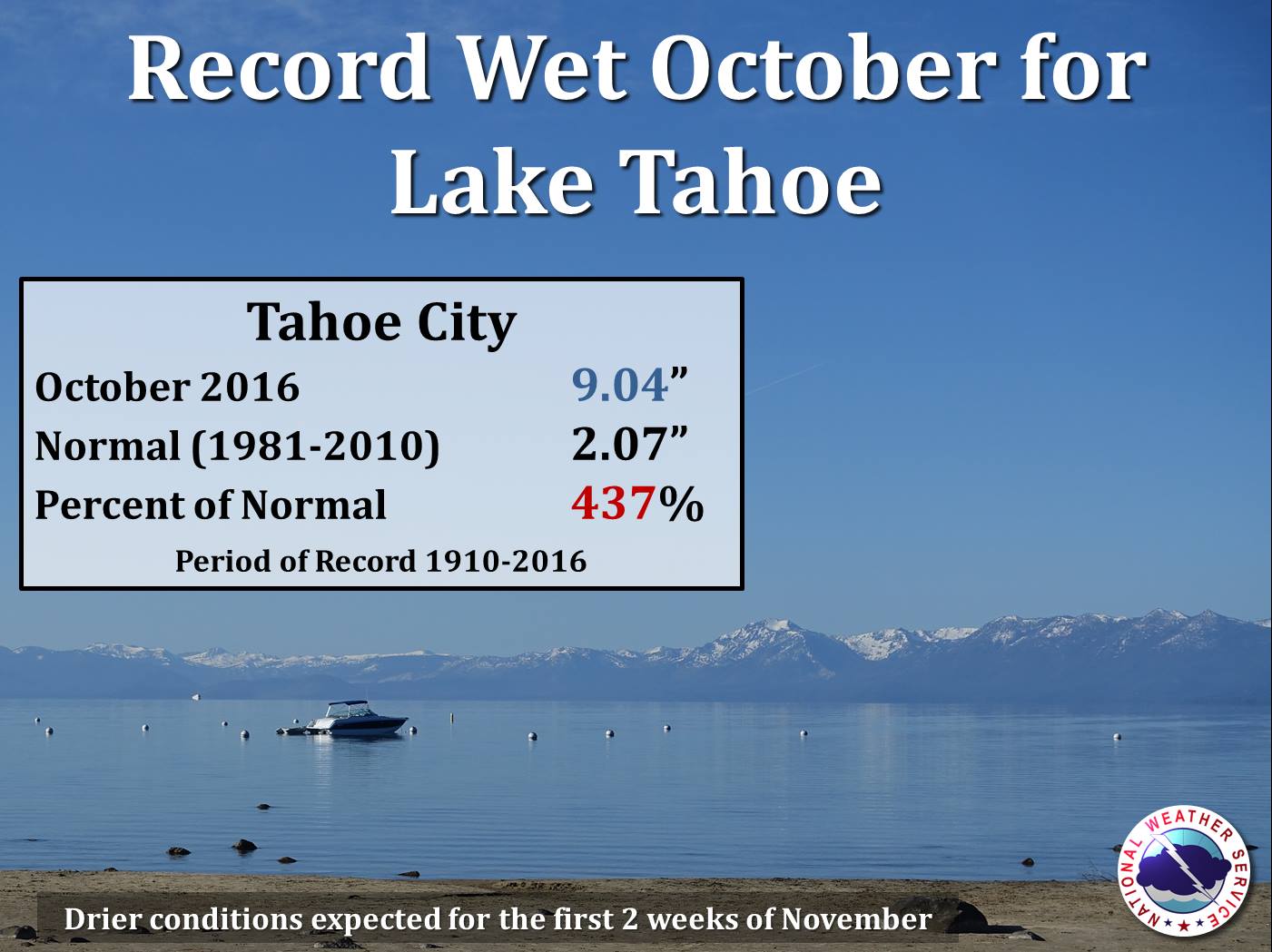 That is the wettest October in over 50 years. 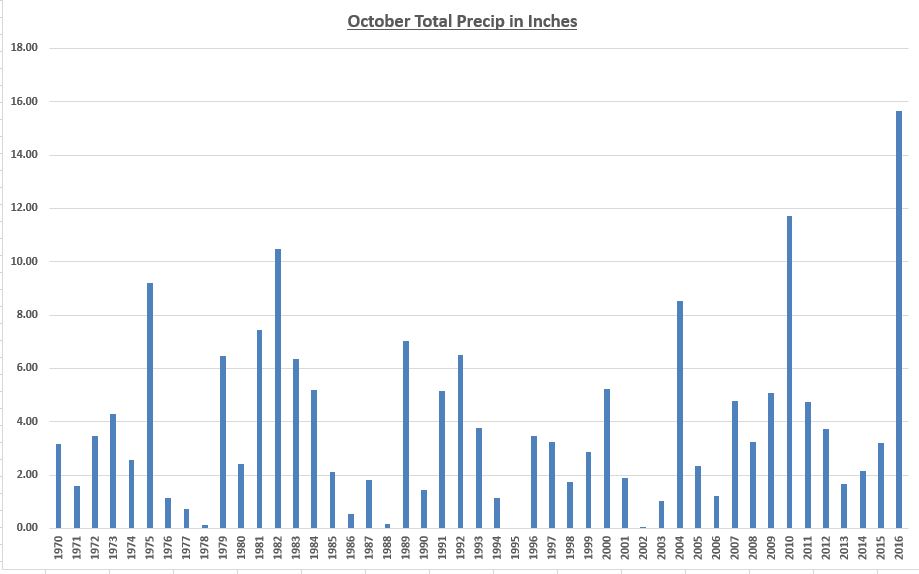 Here is a look at the Tahoe Basin as a whole which picked up 463% of average rainfall in October, and is already at 27% of the total water year average only one month into the water year!

The Northern Sierra 8-Station Index is running ahead of the wettest year on record. 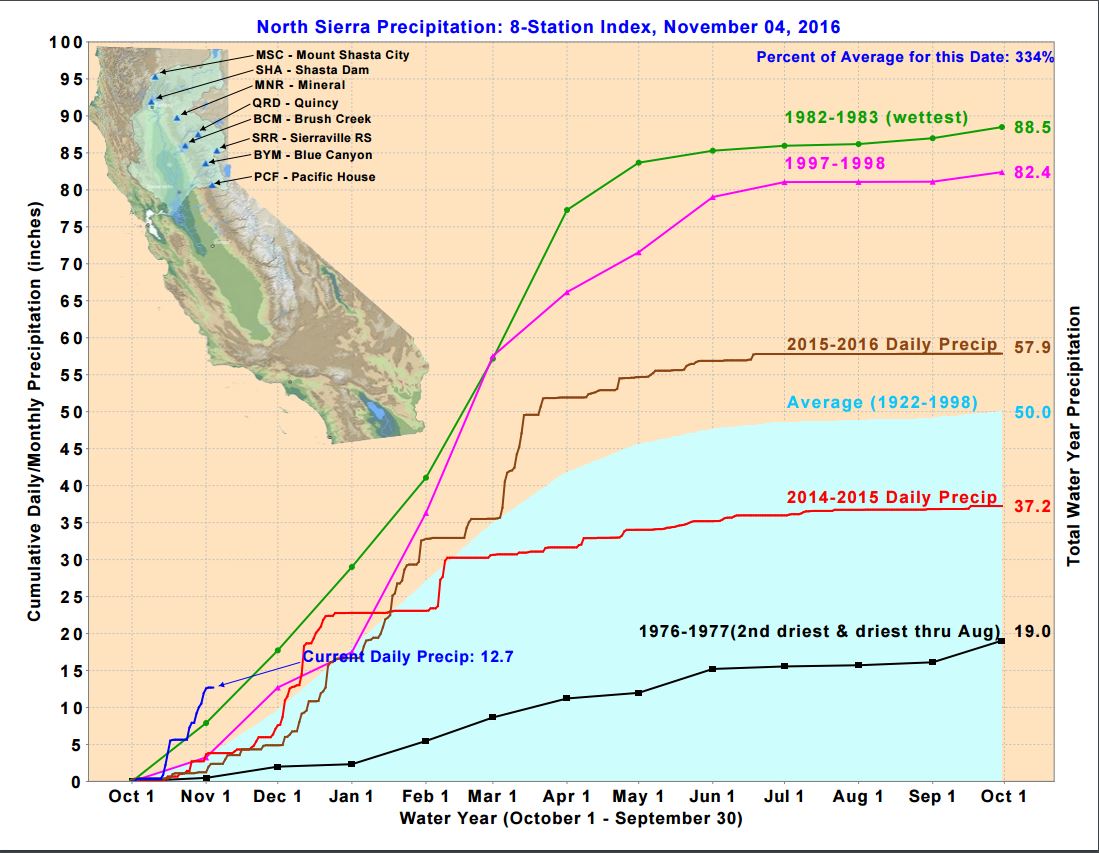 The drought monitor updated yesterday shows an end to the drought in the NW corner of the state, and a big drop along the Sierra Crest down to Tahoe into only the "abnormally dry" category. 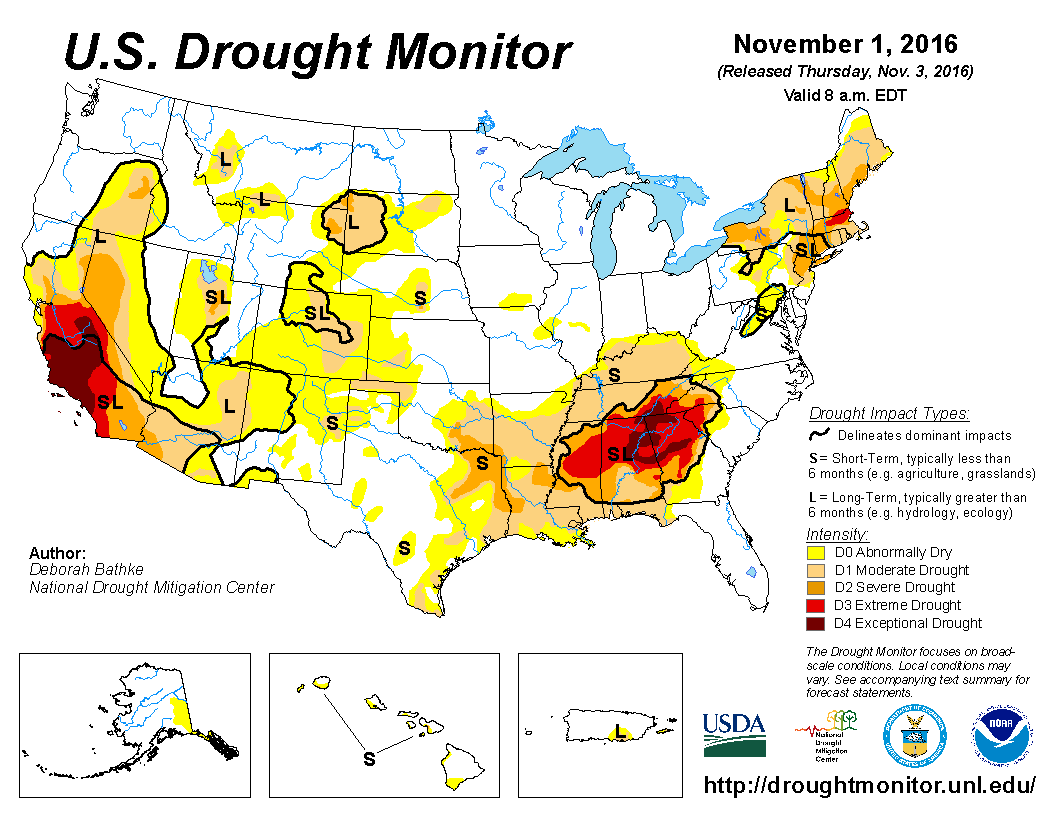 Southern CA is still in an extreme drought and we need to get some storms going down there. Northern CA has benefited from being on the Southern edge of the storm track into the Pacific NW the last couple of years.

Here is the total precip forecast off the latest GFS forecast model for the next 10 days. 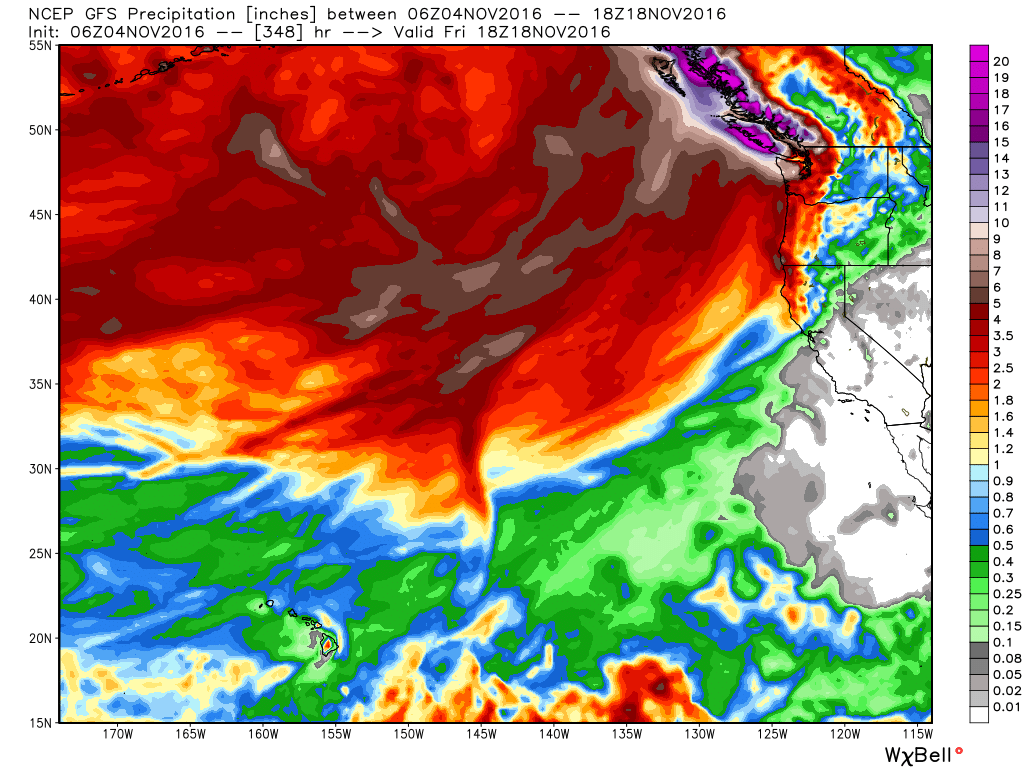 We may see a change in the pattern the 2nd half of the month, but nothing is definitive at this point. We will keep watching for a change back to stormy.

It's no secret by now that we have started November in a dry pattern that will continue through mid-month.

While the GFS forecast model tries to push storms far enough South to brush us this weekend and around the 17th, the European model has a stronger high off the coast and keeps us dry.

There are signs we will see a pattern change the 2nd half of the month. The ensemble runs are starting to show a trough possibly sitting near the West Coast from the weekend of the 19th onward. That could open the storm door in time for Thanksgiving.