Nevada vintners are celebrating , perhaps with a glass of wine. A new law signed by Governor Sandoval will allow for commercial wineries in Washoe County. Up until now those counties were excluded due to population. But that ban has been lifted. So has the ban on tasting rooms.

"Tasting rooms are critical to successful wineries," said Dr. Danny Hopper, a biochemist at the University of Nevada who has been working with a group called Wines and Vines. He also says there are more vines growing here than most people realize.

"We did a survey and found that there are about 25,000 vines already growing here in people's backyards. And we found a lot of support. There are definitely people here interested in commercial wineries right here in Reno," Hopper said.

There are already acres of experimental vines growing on the Nevada campus. Hopper says our weather is good for wine grapes with warm days and cool nights. And he says they are amazingly drought-tolerant.

The recent legislative changes relating to tasting rooms on site in Washoe County and other Nevada Counties is a sign of things to come. Think Napa Valley over 100 years ago, fertile and prolific climate and growing conditions for the European root stock to take hold. Now enter, the Carson Valley at the base of the majestic Eastern Sierra. Very fertile and a perfect match for the organically engineered cold hearty vines. These American Varietals, although lacking the sugar content needed for certain wines, are robust and hearty and survive subzero temperatures. Another benefit....less water consumption and no pesticides needed as they flourish at over 5000' elevations.

How does this affect our local real estate economy? Well… take a look at the Napa Valley. A hub of fine wines, restaurants and elegant housing. However, having grown up in Napa when it was a small little town, the charm has given way to the hustle and bustle of a big city style town. Although still incredibly beautiful, the Napa and Sonoma Valleys, along with other former charming quasi agricultural towns have been hit by the heavy California taxation burdens as well as massive growth and congestion. It's certainly not for everyone. Bring on the Carson Valley, a long stretch of fertile valley that quietly boasts some of the best growing conditions for high altitude vines and other hearty crops. Expansive open valleys and minutes from Lake Tahoe. And very tax friendly from an agricultural and residential standpoint. The Nevada Wine Coalition has predicted that Vines in Nevada will be the top agricultural crop in the next 5 years, replacing Alfalfa.

Tesla isn't the only big news in the State, the Wine Industry is quietly making a charge in Nevada. More commerce, more tourism and a healthy real estate market.

Give me a call for more information on how this exciting time touches you and your personal goals. If you’re thinking of buying, selling or investing in Northern Nevada, now’s the time! 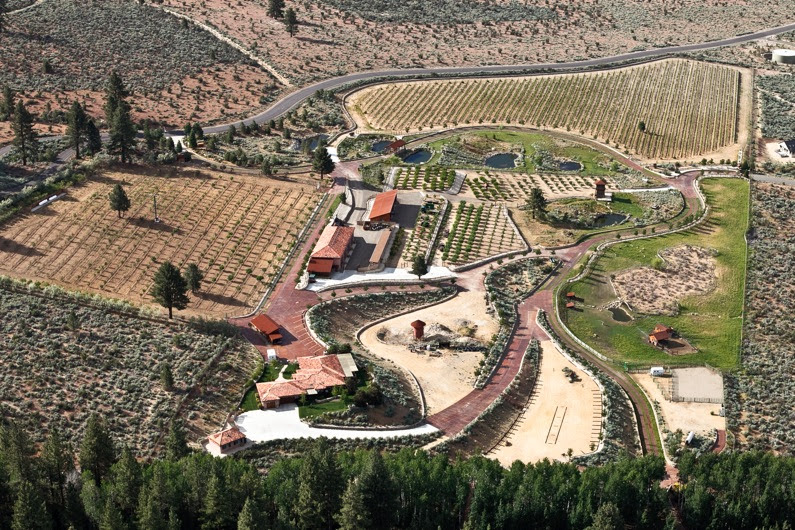