Home delinquency rates have reached a 20-year low, an indication that fewer homeowners are struggling to make mortgage payments than ever before, according to the latest CoreLogic data.

Nationwide, only 3.6 percent of homeowners fell into some sort of delinquency on their mortgages in April, down from 4 percent in March. Foreclosure rates, in which the government seizes one’s home due to inability to pay, are at 0.4 percent, down from 0.5 percent in April 2018. 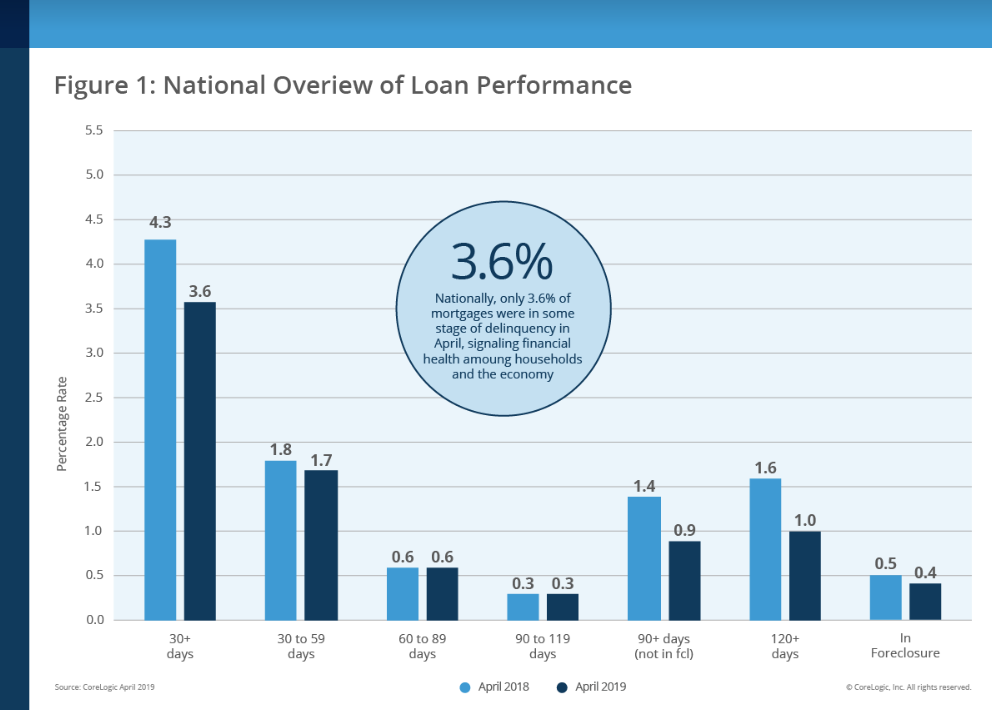 “Thanks to a 50-year low in unemployment, rising home prices and responsible underwriting, the U.S. overall delinquency rate is the lowest in more than 20 years,” Dr. Frank Nothaft, chief economist at CoreLogic, said in a prepared statement. “However, a number of metros that suffered a natural disaster or economic decline contradict this national trend.”

Nonetheless, homeowners in areas ravaged by natural disasters are struggling more than others, including those who were impacted last year by wildfires near Chico in northern California, where delinquency rates spiked by 21 percent due in part to delayed payments as homeowners struggled to decide whether to repair damages, sell their property or do nothing. 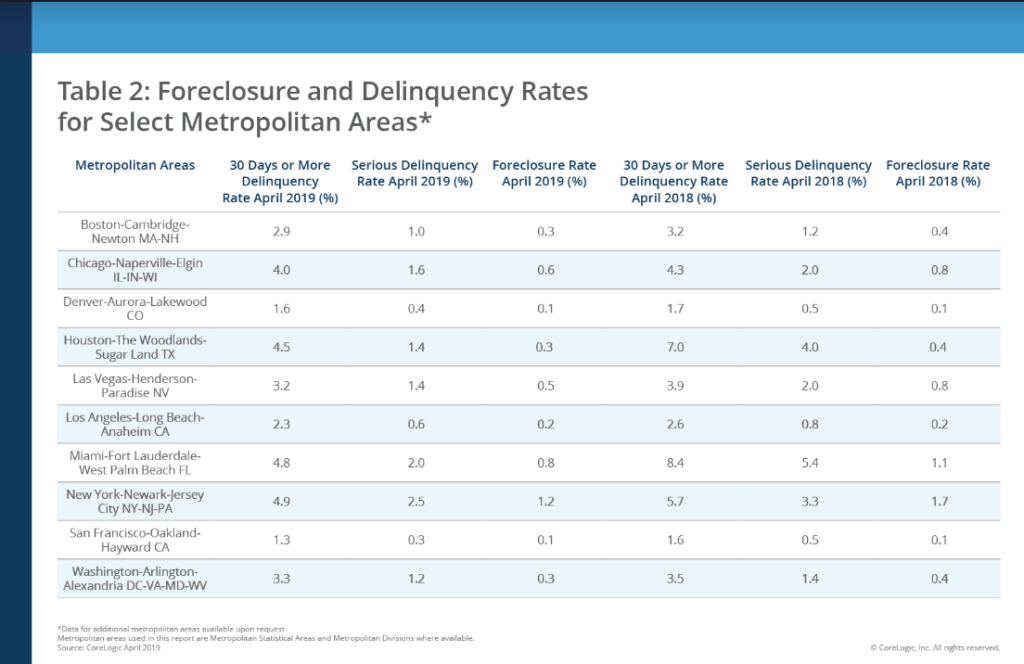 “The U.S. has experienced 16 consecutive months of falling overall delinquency rates, but it has not been a steady decline across all areas of the country,” said Frank Martell, president and CEO of CoreLogic, in a prepared statement. “Recent flooding in the Midwest could elevate delinquency rates in hard-hit areas, similar to what we see after a hurricane.”

Nationally, however, fewer people are struggling with mortgage payments on a monthly basis — a trend that, according to CoreLogic, is likely to continue.